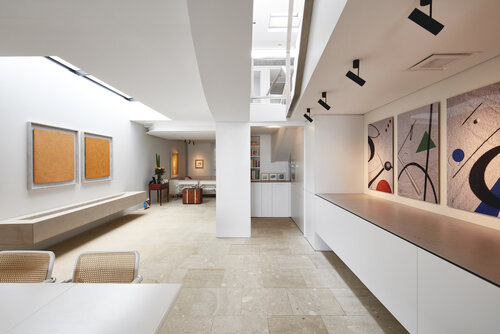 Since 2012, TPB Tech has been an industry leader in the production of innovative induction cooktop technology. With a unique multilayer composite material providing the highest level of durability and performance on the market, TPB Tech induction hobs have become a firm favourite in many modern domestic kitchens. TPB Tech has also received accolades from the commercial industry, with praise from leading international chefs such as Martin Berasategui, who has earned a total of 12 Michelin stars across seven restaurants throughout Europe, Hermanos Torres, whose Barcelona restaurant holds two Michelin stars, and Xavier Pellicer, winner of the “World’s Best Vegetable Restaurant” award two years running. With such a high reputation in the market, it is worth having a look at how TPB Tech came to be, and what led to the creation of this revolutionary new induction cooktop design.

The concept of TPB Tech originated with the vision of one man: Joan Lloveras. With a qualification in Industrial Design, Lloveras was an engineer and inventor who, along with years of sound business experience, saw the potential for a new type of composite material: one that would be strong, flexible and able to withstand extreme heat and pressure. The original plan was to develop a product suitable as a support for the undercarriages of high-speed trains, and after experimenting with combinations of different materials, Lloveras eventually produced his multilayer material that successfully combined all of the components needed for strength, flexibility and support. A prototype of the new material was showcased at Eurocucina in 2004 and while the product itself was acknowledged as a successful achievement, the estimated cost of mass-producing the quantity required for each train revealed that it would not be economically viable. Unable to use his design in the railway sector, Lloveras turned his attention to other potential uses for his invention.

Despite the setback of being unable to use his new product for its originally intended purpose, Lloveras was not about to let his sophisticated new invention go to waste. Undeterred, he began researching different industries where such a material would prove invaluable, and it was not long before he found that the market for his invention was right in front of him: the kitchen. He began experimenting and designing, utilising additional technologies to combine the two major features of any kitchen: the worktop and the cooking hob. The process took six years to perfect, but by 2010 Lloveras had created a multifunctional induction cooktop formed from this new material which proved to be the most durable and efficient on the market. As CEO of the newly formed Top Porcelanik Barcelona, or TPB Tech brand, Lloveras was ready to launch his new invention into the international market.

The Birth of TPB Tech

As a new brand, TPB Tech needed to effectively market its unique product, and in 2011 secured a partnership with the internationally recognised chef Martin Berasategui to promote and be the face for TPB Tech countertops. Still, the process of becoming a fully certified brand took time, and TPB Tech needed to comply with a number of stringent regulations before CE certification could be granted. When CE certification was achieved in 2012 TPB Tech was free to begin full production of a range of induction cooktops. The worktop was officially presented at the International Living Kitchen Fair in Köln, Germany, in 2013, and in 2014 was fully introduced to both domestic and commercial industries attracting significant interest and meriting huge acclaim. With a unique design and exclusive features, TPB Tech induction hobs offered something dynamically new to the world of home cooking that quickly established it as a must-have for any kitchen.

A Revolution in Induction Cooking Technology

One of the features that sets the TPB Tech induction cooktop apart from its competitors is that it was the first induction cooktop not to utilise a glass surface. Instead, TPB Tech employs a multilayered material combining a porcelain ceramic surface for scratch-resistance and impact-resistance, an aluminium layer for heat-resistance, Bakelite for flexibility and an underlying aluminium layer for support and easy attachment to any surface. As such, TPB Tech induction cooktops are the most durable and reliable on the market, and with a design that eliminates joins together with a non-porous surface the TPB Tech worktop is a breeze to clean making it one of the most hygienic on the market. Another feature of TPB Tech countertops that revolutionises induction cooking technology is that it is the only one on the market that can be custom designed to individual specifications on size, shape and colour finish. Together with an individual induction system that is 40% more energy-efficient and an inbuilt safety system, it is easy to see why the TPB tech range of cookware leads the field in induction cooking technology.

The Future of TPB Tech

Having revolutionised the world of induction cooking, TPB Tech continues to develop new appliances that improve the way we experience cooking. The brand has successfully forged relationships and partnerships based on trust and mutual respect, including the high-end technology and appliance manufacturer Ego Elektro-Geraetebau (EGO), the Gasol Foundation who is committed to eradicating childhood obesity worldwide, and with prestigious catering schools such as the CETT, the Escuela de Hostelería and the Turismo de Barcelona. In the future, TPB Tech plans to remain as an innovative game-changer in the industry, committed to making cooking an enjoyable, safe and hassle-free experience for all. With this vision in place, the TPB Tech range of induction cooktops will continue to be creative, state-of-the-art appliances perfectly designed and adapted to fit the needs of any domestic or commercial kitchen. 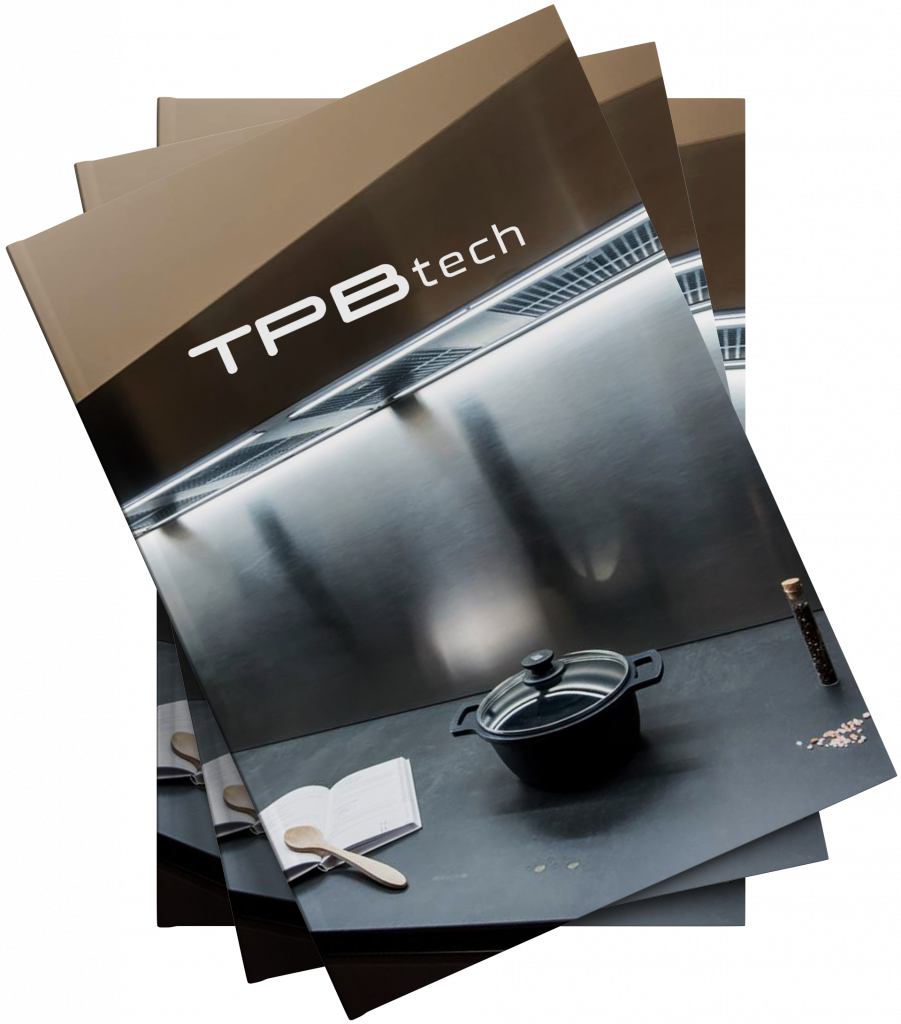 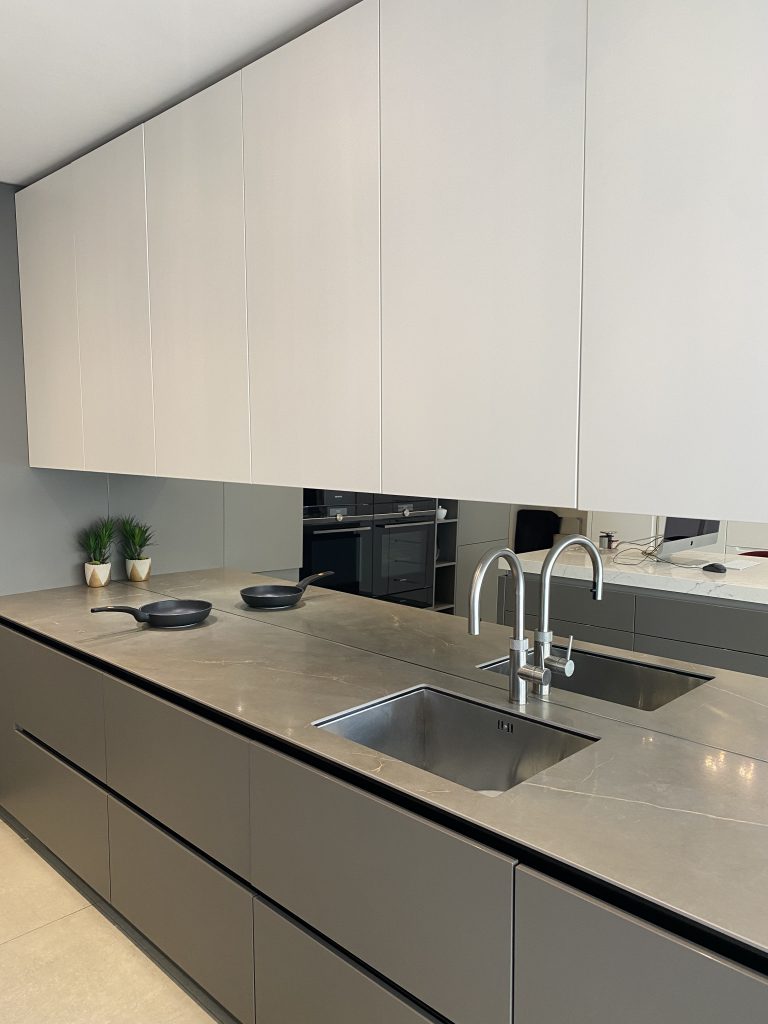 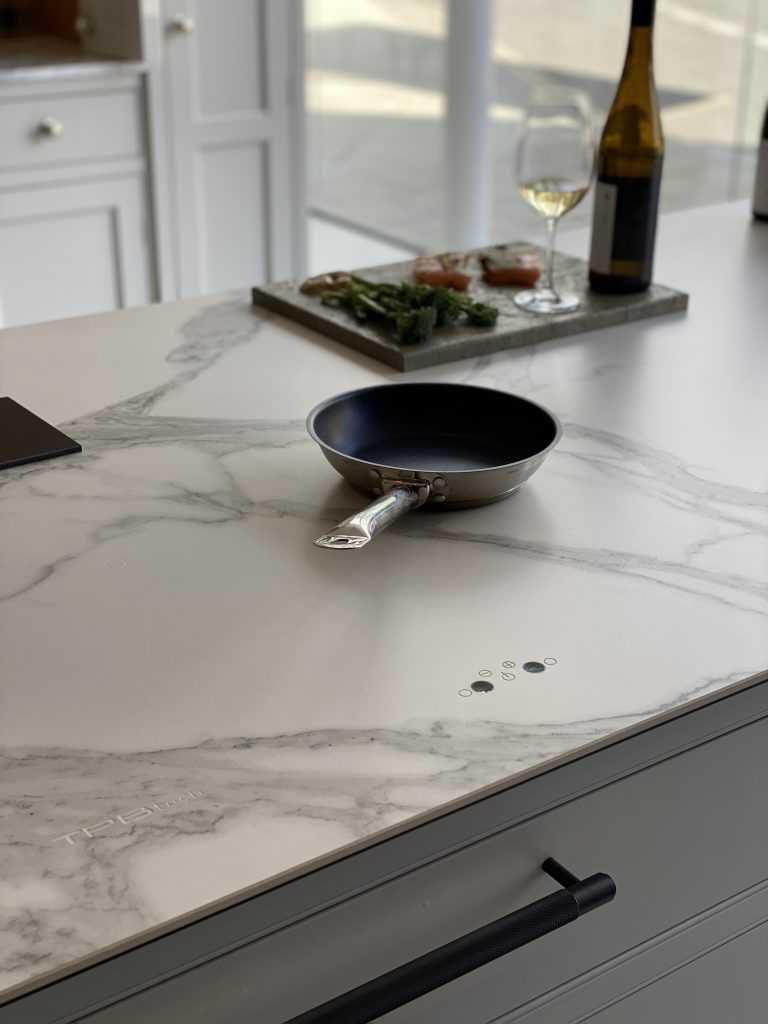 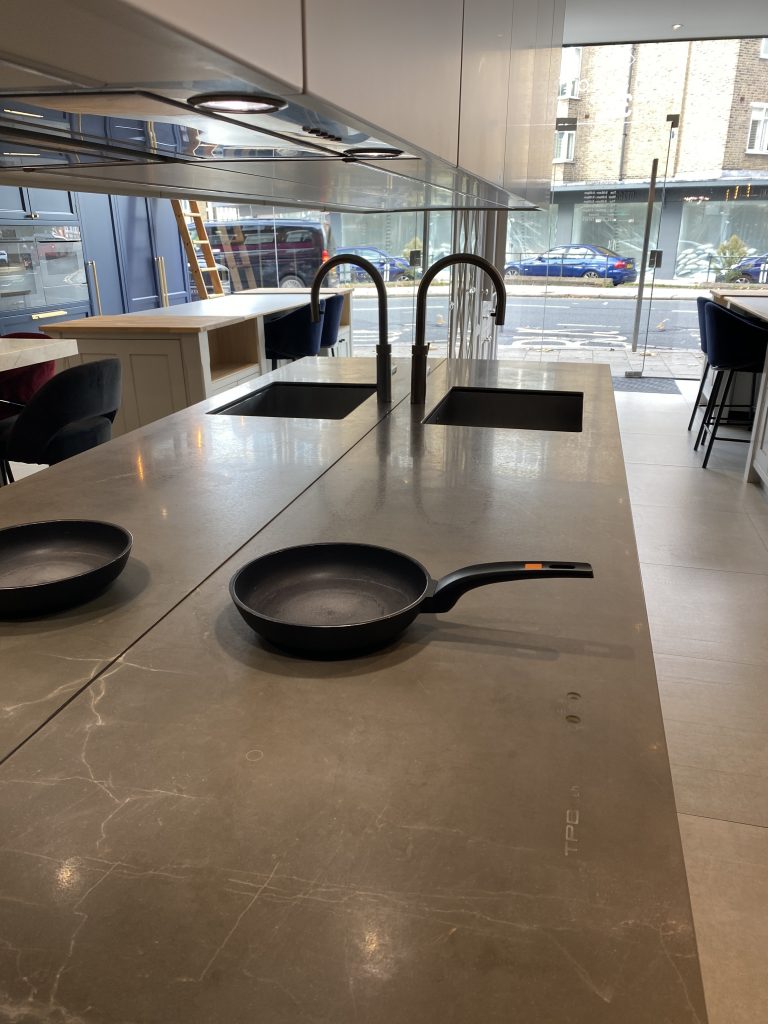 Book your showroom experience today with a TPB tech UK Invisible Induction expert to start learning how our worktop solutions can provide the latest, cutting edge technology in a seamless and elegant design. On your visit, we will review your project, take you through a full product demonstration and showcase all 18 of our beautiful finishes. To get started, please complete the form below and one of our experts will be in contact with you to arrange a visit.

Book your showroom experience today with a TPB tech UK Invisible Induction expert to start learning how our worktop solutions can provide the latest, cutting edge technology in a seamless and elegant design. On your visit, we will review your project, take you through a full product demonstration and showcase all 18 of our beautiful finishes. To get started, please complete the form below and one of our experts will be in contact with you to arrange a visit.

To book a call with a TPB tech invisible induction expert, please complete the form below and someone from our team will contact you to confirm your appointment.

To book a call with a TPB tech invisible induction expert, please complete the form below and someone from our team will contact you to confirm your appointment.